Teacher like mother. Scholarship honoring Czesława Kolak is being created

About 30 years ago, Czesława Kolak started working at Chicago’s Foreman High School. She fell in love with the students and paused working towards her doctor’s degree. The occupation, which was to be short-lived and casual, turned into a mission to save Polish youth lost in a new environment. Today, many pupils of Czesława Kolak are well-known people of Chicago’s Polonia, who have achieved professional and personal success. Today, not only do they speak gratefully about their mentor and teacher — „our mother” — but also would like to honor her achievements. (*)

She took them under her wings

In the 1980s and until the mid-1990s, African American and Latin American students from the southern parts of the city were transported to public high schools in the north of Chicago. During this period at Foreman High School, they constituted about 90 percent of the student community, while Caucasians — including Poles — less than 10 percent. Most students of Czesława Kolak in Foreman High School were young people who had recently emigrated from Poland, did not speak English, struggled with cultural shock and were not well-received by the school’s multiracial community.

“We were teased during a break in the corridor. Gangs were coming. We were stabbed by knives and punched in the face. Lunch and food were flying in the lunchroom. You could not stand it. Mrs. Kolak took us under her wing. She created the Polish Club and a bilingual program,” says a former student, Robert Radkowski, now Vice President of the Polish-Slavic Credit Union for the Midwest region.

Radkowski came to the U.S. at the age of 16, pulled from his second year of high school, and in the Polish Club he found a part of his homeland that was left overseas, and found friends in a similar situation.

“Czesława helped us assimilate, in getting a solid foundation for our further professional careers. Thanks to her, we were very ambitious. After eight months, I managed well with English, and after a year, I passed many subjects in the difficult AP (Advanced Placement) program,” says Radkowski, who, after finishing high school, worked three jobs to earn a degree at Dominican University.

She defended and motivated

Kinga Korpacz, owner of a real estate office and the only Polish woman in the board of a national industry organization, a laureate of many awards as well as a social activist and Polish diaspora, was a student at Foreman High School in 1990 through 1993.

“At school, we had to be careful not to look at someone or not to dress in the wrong colors, but at the Polish Club we felt safe. Mrs. Kolak fought very hard for our rights and for us to be respected. She constantly motivated us to learn and work, and in the Polish Club, she upheld Polish traditions,” recalls Korpacz, the owner and manager of EXIT Realty Redefined in Rolling Meadows.

Ewa Grabysar-Rodriguez, a businesswoman and a graduate of the Loyola University, became a member of the Polish Club immediately after arriving in the U.S. and starting to study at Foreman High School in 1991. She also chose Polish as a required language class and as a course subject. Thanks to this, the transition from Polish life to American has had a mild course.

“I did not feel so lost anymore. Mrs. Kolak took great care of us all. She helped in adapting to American society. She defended us like a mother cat with sharp claws. And you could see this great love for Polish youth,” says Grabysar-Rodriguez.

Mariola Gołota, a well-known Polish lawyer, was a student of Czesława Kolak in the years 1984 through 1987.

“Mrs. Czesia was and will always be our beloved mother. And she always awoke great respect among students. We owe her a lot. She urged the youth to learn better. She stayed with her students after school. She urged every child to go to college. And back then, maybe only half the students thought about studying, the other half looked at it skeptically. Even if someone was learning well, there wasn’t much pressure to continue your education,” says Gołota.

We owe her a lot

Anna Szuber, a manager of bilingual programs at the Chicago Public School education board, and a Harvard graduate, where she obtained not only a BA, but also a Master’s and PhD degree, owes much to Mrs. Kolak.

“She took care of every student. And everything interested her. She knew what kind of help we needed in school and beyond, and what services and programs we should receive. At the end of the 1980s, Mrs. Kolak created a bilingual program at Foreman High School, attracting teachers. She directed her life around us, and many of us owe it to her,” emphasizes Szuber.

Tomasz Wojdyła, the new owner of the Lone Tree Manor restaurant in Niles, attended his third year of high school at Foreman High School in 1991 straight from Poland in the middle of the year.

“Kolak took me in and cared for me like a mother. She approached us with a big heart, as though we were her own children. And she kept Polishness in us. To this day, we remember how we meet. That which she has taught me, I now demand from my own children,” Wojdyła confides.

Common moments in high school and in the Polish Club resulted in bonds and friendships for many years. In June 2018, the pupils of Czesława Kolak met for the first time after many years of graduating from the school in the Chicago suburb of Niles at the Lone Tree Manor restaurant (of Tomasz Wojdyła). The alumni, with the participation of the teachers from the Polish program at Foreman High School, turned out to be extremely successful. As Czesława Kolak told us, there was no end to the memories.

“I remember the first Christmas tree of the Polish Club. After this first Christmas tree, I decided to stay at Foreman High School. I’ve probably brought twenty-some Polish teachers so the Polish youth would have help. Instead of defending my doctoral thesis, I very quickly completed a master’s degree in management to learn more about schools. Meanwhile, I entered the Mexican environment at the Chicago School Council and learned a lot from them. The principal of the school supported me and quickly developed the program,” recalls the teacher.

The program created at Foreman High School by Czesława Kolak with a team of Polish teachers was the largest bilingual Polish program in America. Her achievements have been appreciated both in the United States and in Poland. Awards and distinctions piled up, including from the government of the Republic of Poland and the National Education Commission. She was thanked by both the Governor and the Mayor of Chicago for her dedication to the pedagogical work. She accepted all the awards of the Polish pedagogue with some reserve, but she used new contacts to provide even more help to her students, including tutoring, scholarships and sponsored trips to the capital Washington.

“Before we went to Washington, we visited the mayor and city council, and we were going to the state capital to observe how the legislature was there. I brought my students into politics. I really wanted to bring up a politician, but it did not work out. But they had a lot of fun and they learned a lot,” she states.

She also taught them sensitivity, empathy and how to help others. “When there was a donation collection for earthquake victims, my students collected the most from all the  schools in Chicago. They are so great in every way. And I am very proud of them,” she emphasizes.

A scholarship fund is being created

Czesława Kolak would like the help for Polish youth to continue. Therefore, during the June 2018 meeting of graduates Robert Radkowski and Kinga Korpacz, they proposed the creation of a scholarship fund named after Czesława Kolak. Attorney Mariola Gołota has promised to deal with the project from the legal side. The project was also strongly supported by the other speakers of our newspaper: Anna Szuber, Tomasz Wojdyła and Ewa Grabysar-Rodriguez.

Polish graduates of Foreman High School who would like to join the initiative to organize a scholarship fund honoring the outstanding teacher Czesława Kolak should contact Robert Radkowski via Facebook (Foreman High School Polish Club) or e-mail: robertradkowski@yahoo.com

(*)From Editor: Original Polish language version of the article was published January 19, 2019. Translation was done recently in response to our readers’ requests. 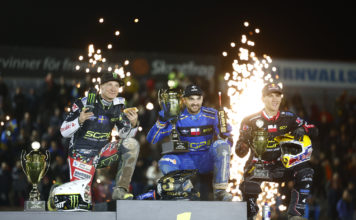 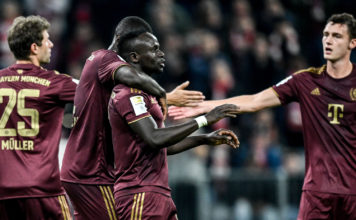 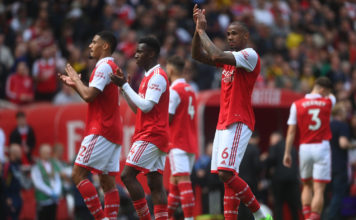 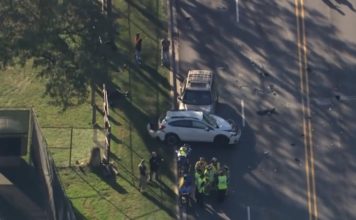 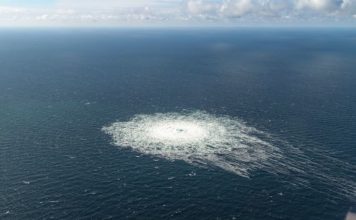 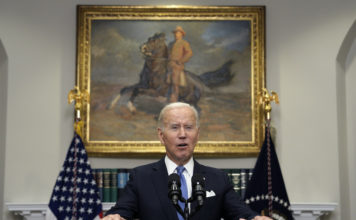 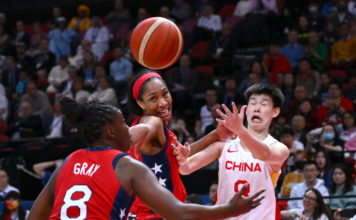 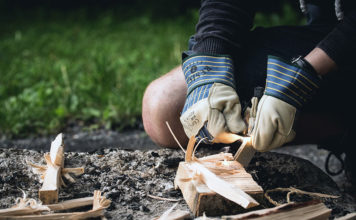 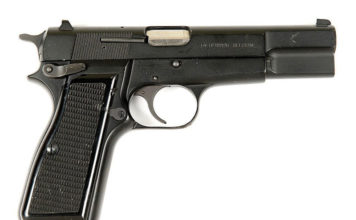 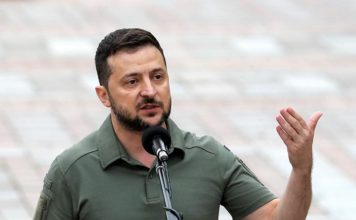 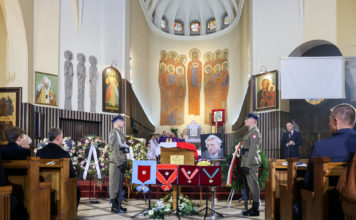 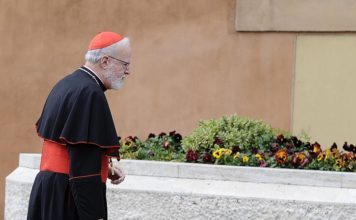 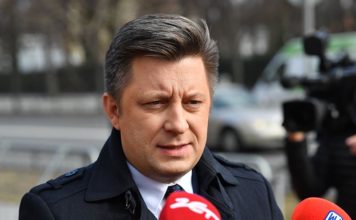 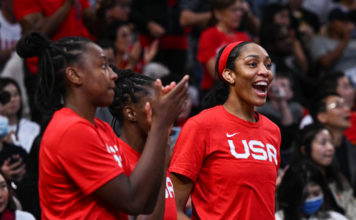 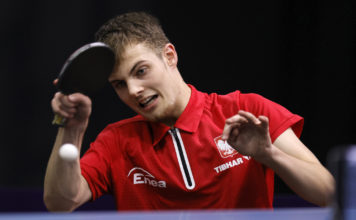 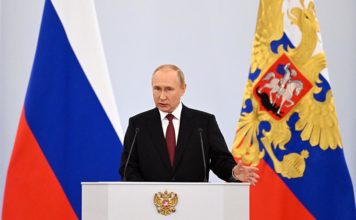 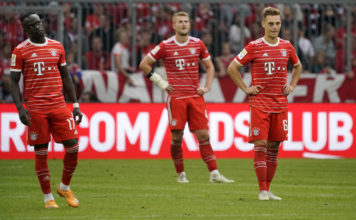 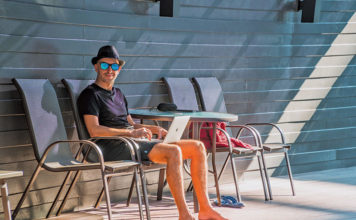 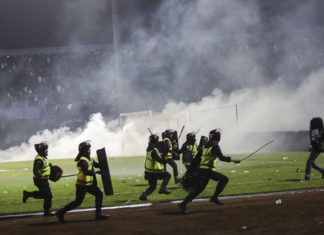