Poland & the US in Defense of Freedom: From Defeating Communism to Preserving National Sovereignty 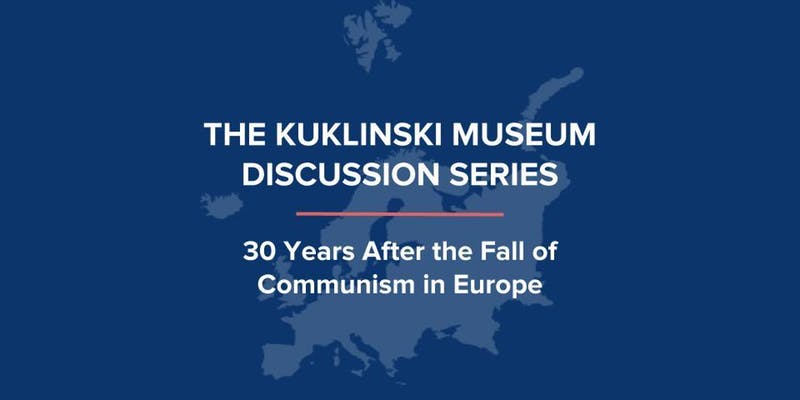 Free event but reservations are required

Following the fall of Soviet communism, Poland and the other countries of East-Central Europe regained their sovereignty and, with it, the freedom to choose their alliances and determine their destinies. They returned to their historic position as independent Western states, joined NATO, and became members of the European Union. In Poland, freedom unleashed pent-up potential and produced more than two decades of uninterrupted economic growth. But to continue the success and complete the transformation, more reforms are needed. The experience of Poland shows how addressing the legacy of communism, both human and institutional, is necessary to finalize the reforms started in 1989 and to fully restore faith in the country’s institutions, increase the security of Europe, and strengthen transatlantic relations.

Please Note: This panel is part of a two-day conference hosted by the Victims of Communism Memorial Foundation, “Toward Freedom: Celebrating Central and Eastern European Independence.” Event is free of charge but participants need to register, see link below*.

8:30 – 9:00AM — Doors Open
(Check out The Kuklinski Museum’s exhibit on the life of Polish hero Gen. Ryszard Kuklinski.)

Charles Lipson taught international relations at the University of Chicago, where he was the Peter B. Ritzma Professor in Political Science. His research deals with international cooperation and conflict and with political aspects of the world economy. His most recent book on international relations, Reliable Partners: How Democracies Have Made a Separate Peace, explains one of the most striking features in world politics: why democracies do not fight wars against each other. (Princeton University Press, 2003). Dr. Lipson has also written extensively on international trade, debt, and investment. His book, Standing Guard: Protecting Foreign Capital in the Nineteenth and Twentieth Centuries, has been widely praised for combining politics and economics. It is concerned with the problems faced by successful corporations when they operate in difficult political environments around the world.

Professor Lipson’s most recent work deals with the problems of forging international cooperation after the Cold War. He is currently writing about the sources of international order in the nineteenth and twentieth centuries.

Following an Army career that included numerous operational and strategic assignments over a 30 year span, retired Army Brigadier General Guy “Tom” Cosentino now serves as BENS’ Chief Operating Officer, overseeing BENS’ day to day operations, while also improving outreach to, and strategic dialogue with, senior civilian and uniformed national security leaders. Tom joined BENS in September 2015 following his last military assignment where he served as the 28th Commandant of the National War College – the premier institution for the education of strategic leaders for the United States Military, other departments of the United States Government, and 29 allied nations.

Prior to assuming command of the National War College, Tom served as Deputy Director for Political and Military Affairs, providing military advice to the Chairman of the Joint Chiefs of Staff and the Secretary of Defense. He also served previously as the Deputy Commanding General for Regional Support, NATO Training Mission Afghanistan, and as the Chief of Strategy, Plans, and Assessments for the Multi-National Security Transition Command in Iraq where he developed U.S. plans to man, train, and equip over four hundred thousand Iraqi Army and Police Forces.

Tom earned a B.S. in political science at the University of the State of New York and holds master’s degrees in international relations from Georgetown University and national security and strategic studies from the Naval War College. Tom is also a PhD candidate in the Public Policy Program at the University of Maryland.

Steven F. Hayward is currently senior resident scholar at the Institute of Governmental Studies at UC Berkeley, a visiting lecturer at Berkeley Law and the Goldman School of Public Policy, and a fellow with the Bipartisan Policy Center in Washington DC. He was previously the Ronald Reagan Distinguished Visiting Professor at Pepperdine University’s Graduate School of Public Policy, and was the inaugural visiting scholar in conservative thought and policy at the University of Colorado at Boulder in 2013-14. From 2002 to 2012 he was the F.K Weyerhaeuser Fellow in Law and Economics at the American Enterprise Institute in Washington DC, and has been senior fellow at the Pacific Research Institute in San Francisco since 1991.

He writes frequently for the Wall Street Journal, New York Times, Washington Post, National Review, the Washington Examiner, the Claremont Review of Books, and other publications. The author of six books including a two-volume chronicle of Reagan and his times entitled The Age of Reagan: The Fall of the Old Liberal Order, 1964-1980, and The Age of Reagan: The Conservative Counter-Revolution, 1980-1989, and the Almanac of Environmental Trends. His most recent book is Patriotism is Not Enough: Harry Jaffa, Walter Berns, and the Arguments That Redefined American Conservatism. He writes daily on Powerlineblog.com, one of the nation’s most read political websites.

Antoni Macierewicz is the legendary leader of the anti-communist resistance in the Polish People’s Republic. He founded the Workers Defense Committee (KOR), the forerunner of Solidarity, later directing Solidarity’s Center for Social Research. He also established Głos, one of the first independent publications of the communist era. A former political prisoner, he was arrested over 20 times.

An academic, Minister Macierewicz has been on faculty at the Department of Iberian Studies of the University of Warsaw and has taught Polish history at the Jagiellonian University. He has written numerous scholarly articles published in Polish Ethnography.

Minister Macierewicz is a Knight of the Order of Polonia Restituta, bestowed upon him in 1990 by the President of Poland in exile, and was awarded the Cross of Freedom and Solidarity by the Institute of National Remembrance. He was named the 2010 Person of the Year by Gazeta Polska. In 2015, Minister Macierewicz inaugurated the Rutgers Council on Public and International Affairs World Leaders Forum, and is actively engaged in the work of the International Security Forum.

Minister Macierewicz holds a Masters degree from the Institute of History of the University of Warsaw. He is married to Hanna Macierewicz. They have one daughter, Aleksandra, and are proud of their four grandchildren.

(Published with the permission from organizers) 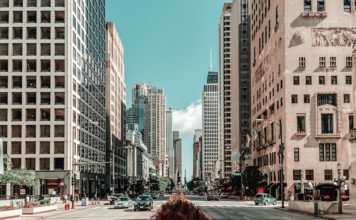 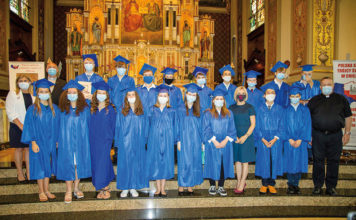 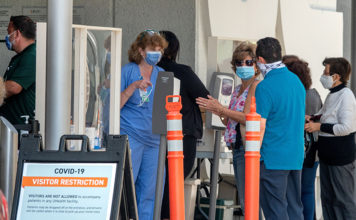 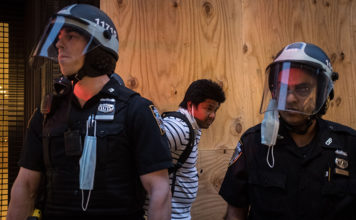 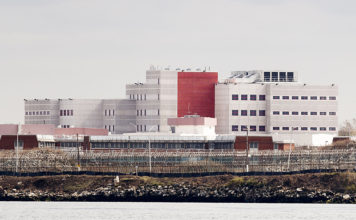 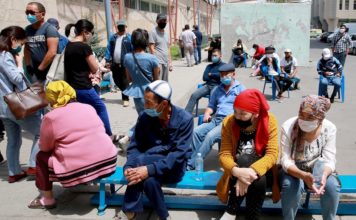 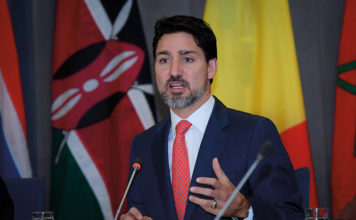 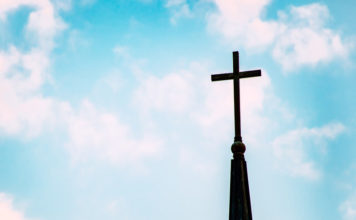 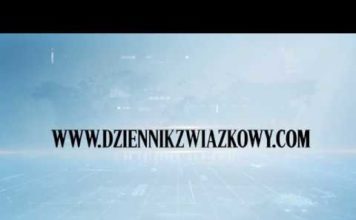 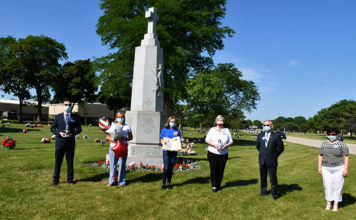 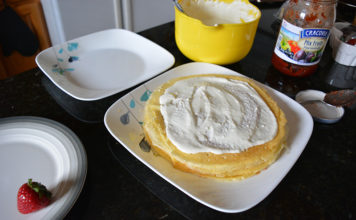 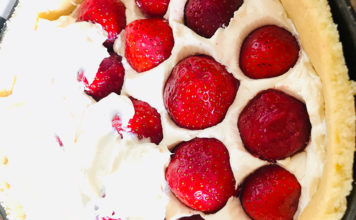 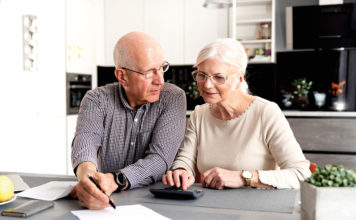 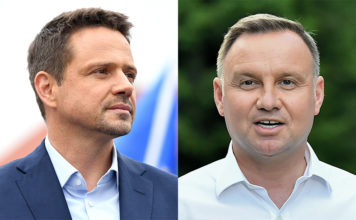 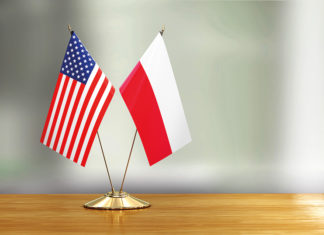