CHICAGO (August 2, 2021)—Following a comprehensive national search, respected theater director and producer Jacob Harvey has been named the first-ever Managing Artistic Director of the historic theaters at Chicago’s Fine Arts Building at 410 S. Michigan Avenue. Property owner Berger Realty Group is leading a projected $3 million+ renovation of the Studebaker Theater and Playhouse Theater at Fine Arts Building to enhance the experiences of theatergoers and producing companies at the venues, an investment that speaks to the company’s commitment to historic preservation and belief in the future of the arts in Chicago.

Harvey returns to Chicago, having served as Artistic Director of Chicago’s Greenhouse Theater Center from 2016-2018. He most recently worked with Cirque du Soleil and The Works Entertainment as a producer of the world-renowned smash hit The Illusionists on Broadway and tours across the U.S. and internationally.

“Investing in Chicago’s arts and culture sector is immensely important to me, especially after the drought of live performance we’ve experienced over the last year and a half,” said Jacob Harvey, Managing Artistic Director of Fine Arts Building. “This building has always been a vital landmark of Chicago’s downtown artistic community. By upgrading the Studebaker into a state-of-the-art multidisciplinary performance space and rehabbing the Playhouse into a flexible theatrical event space, we pay homage to the ghosts of artists past with a clear eye into the future. Our aim is to build two vibrant arts spaces that are accessible to local artists and nonprofit organizations, while providing a welcoming and desirable downtown location for out-of-town productions. Whether you’re a patron or an artist, you’ll find a community here at Fine Arts Building.”

In 1898, Fine Arts Building created the historic Studebaker Theater, originally built to house vaudeville performances and later expanded for large productions in the 1920s. In subsequent decades, the Studebaker became known as one of the most important theatrical venues in Chicago, receiving landmark status in 1978. Today, the approximately 600-seat theater hosts nonprofit and touring productions and special events, ranging from Chicago Opera Theater and Chicago Youth Symphony Orchestras to the Chicago International Puppet Theater Festival and a John Waters book tour event.

The historic interior of the Studebaker will be preserved during the current renovation process, while the approximately 400-seat Playhouse Theater is being re-envisioned as a contemporary multidisciplinary arts and event space with a flexible seating format. All renovations are expected to be completed by spring 2022. In-person performances resume at Studebaker Theater in December 2021.

“I believe that now more than ever is the time to invest in the future of the arts in Chicago,” said Erica Berger of Berger Realty Group. “Our team is proud to welcome Jacob Harvey as our first Managing Artistic Director of the historic theaters at Fine Arts Building. His experience at the Greenhouse in Chicago, as well as across multiple markets including internationally with Cirque du Soleil, bodes well for our strategy as we explore our market fit and expand our vision for an equitable, accessible, centrally located theater complex in Chicago.”

Berger Realty Group is a Chicago-based multigenerational family business focused on restoring iconic, historic properties in the city. The company received a Preservation Excellence Award for Wicker Park’s iconic Flat Iron Building in 2020 and is now renovating the historic theaters at Fine Arts Building, as well as updating the building’s prime ground-floor restaurant space, which was previously occupied for 59 years by the Artist’s Cafe.

Jacob Harvey is a Chicago-based theatre artist with a passion for revitalizing performance spaces and cultivating artistic community within them. After working with Cirque du Soleil and The Works Entertainment as a producer of the world-renowned smash hit The Illusionists on Broadway, around the U.S. and the world, Jacob has returned home to Chicago as the Managing Artistic Director of Fine Arts Building’s performance spaces. Jacob first began investing in the Chicago theatre community as the former Artistic Director of the Greenhouse Theater Center (GTC), where he launched several initiatives focused on developing community-based professional development and artistic advocacy. Most notably, Jacob was the director of GTC’s hit production of Machinal which was awarded four (out of four) stars by Chris Jones of the Chicago Tribune and named one of the top 10 productions of 2017. The production was nominated for 7 Joseph Jefferson Awards including best director and best production. In Chicago, he taught for the late American Theater Company’s Bridge Program and North Central College. He was also named one of New City’s “Players 2017.” Harvey was awarded the Bret C. Harte Director/Producer Fellowship for Berkeley Repertory Theatre’s 2013/14 Season; served as Associate Producer and Interim Director of Programming for the Drama Desk Award Winning New York Musical Theatre Festival (NYMF); and served as the Co-Artistic Director of the Ovation Award-Nominated Mechanicals Theatre Group in Los Angeles. He attended the BFA program at Marymount Manhattan College and is a graduate of The Los Angeles County High School for the Arts.

Erica Berger is an award-winning journalist and media executive, as well as a historic preservation strategist with a focus on environmental renewal. Involved with Berger Realty Group for the last 5+ years, she has led the strategy for the company’s current portfolio as well as its expansion. Additionally, she runs her late father’s philanthropic portfolio as Director of The Robert B. Berger Foundation.

About the Fine Arts Building

Built in 1885, Fine Arts Building was originally designed to house the carriage assembly and showroom for the Studebaker Company. Within a year, the company outgrew the space, paving the way for the building to become Chicago’s first fine arts colony, housing some of the most acclaimed artists with national and international impact on the arts. Fine Arts Building acknowledges its place on the traditional unceded homelands of the Council of the Three Fires: the Ojibwe, Odawa, and Potawatomi Nations. Many other tribes such as the Miami, Ho-Chunk, Menominee, Sac, and Fox also historically called this area home.

In 1898, Fine Arts Building created the historic Studebaker Theater, originally built to house vaudevillian performances, but later expanded into large productions in the 1920s. During subsequent years, performances by Bob Hope, Peter O’Toole, and Vincent Price graced the stage with their immense theatrical skills. Studebaker Theater continued throughout the years being known as one of the most important live theatrical venues in Chicago.

After extensive restorations began in 2015, Studebaker Theater reopened for live performances and now holds more than 600 seats. Its phenomenal acoustics, new lighting and sound systems create a perfect mid-size venue for concerts, ballets, orchestras, operas and more. Located in the heart of Chicago’s Loop, it has been an ideal and accessible venue for some of the city’s most well-known performing arts institutions, as well as many smaller and growing organizations. Restoration efforts are underway for the Studebaker’s sister theater, the Playhouse, which is being designed as a theatrical event space. The Playhouse will be equipped to host productions as well as galas and events. With a projected capacity of 450, the Playhouse will provide a more intimate experience when it opens in 2022.

Fine Arts Building embraces a commitment to Indigenous rights, racial justice, and cultural equity. As a home to some of Chicago’s most prominent artists, Fine Arts Building believes that art is for everyone and must be accessible to all. While the Studebaker and Playhouse are not a producing organization, the venues are committed to building an inclusive, accessible, diverse, equitable and anti-racist environment for artists to thrive. These core values are driving the decision-making shaping this new version of the organization. 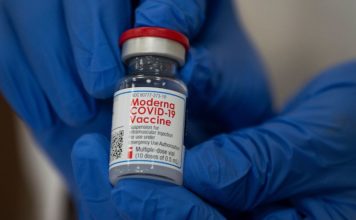 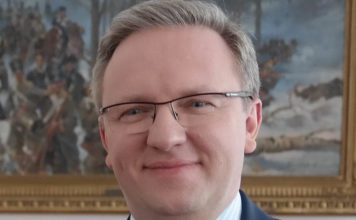 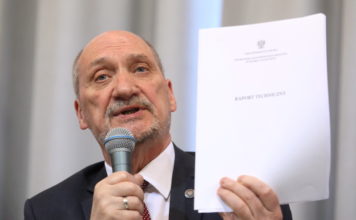 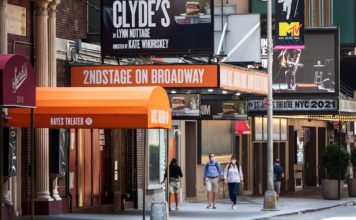 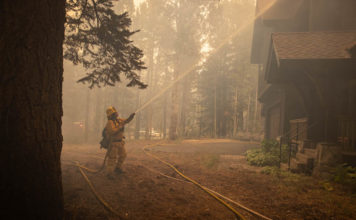 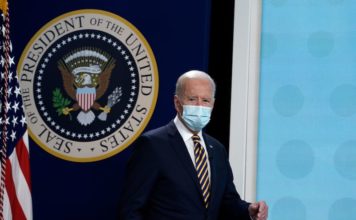 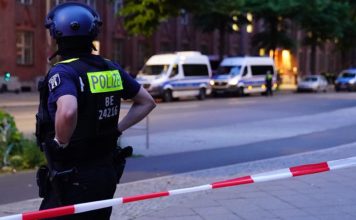 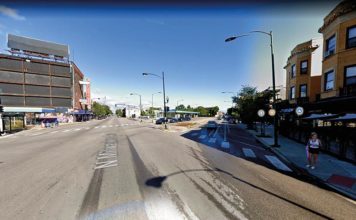 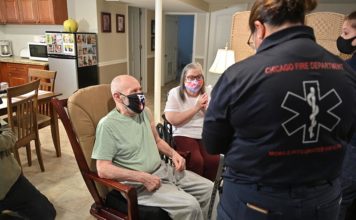 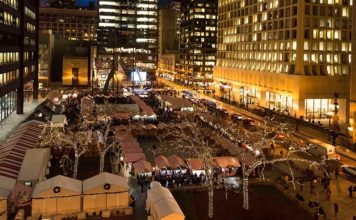 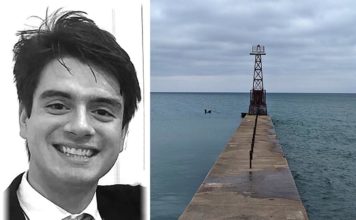 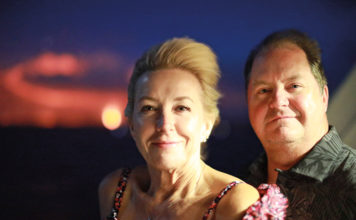 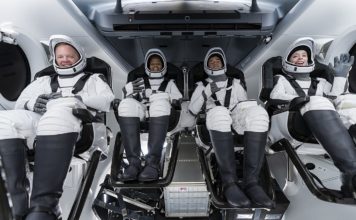 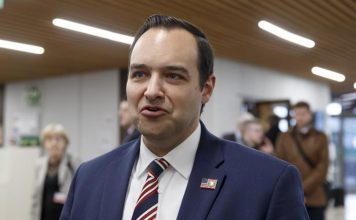 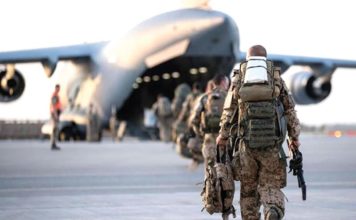